Store-bought hoisin sauce is the trick to making this restaurant dish at home.

Strain of the Week: Strawberry Cough

Known for its sweet smell of fresh strawberries and an expanding sensation that can make even the most seasoned consumer cough, Strawberry Cough is a potent sativa blend with mysterious genetic origins. The skunky, berry flavors will capture your senses while the cerebral, uplifting effects provide an aura of euphoria that is sure to leave a smile on your…

During an interview with Seth Rogen, the two argue about the time they worked together on a Canadian soap opera called “Jacob’s Patience,” where Rogen insisted on using mannequin arms instead of his real ones. It’s absurd, but watching Rogen try to roll a Northern Lights joint with his clumsy mannequin hands is a real…

Featured by a TED talk by monk and interfaith scholar Brother David Steindl-Rast. We all share a common desire to be happy, Steindl-Rast says. To that end, he encourages people to slow down and be grateful for the world around them.

The Greenhouse Revolution: How Old-School Structures are Changing Cannabis Cultivation 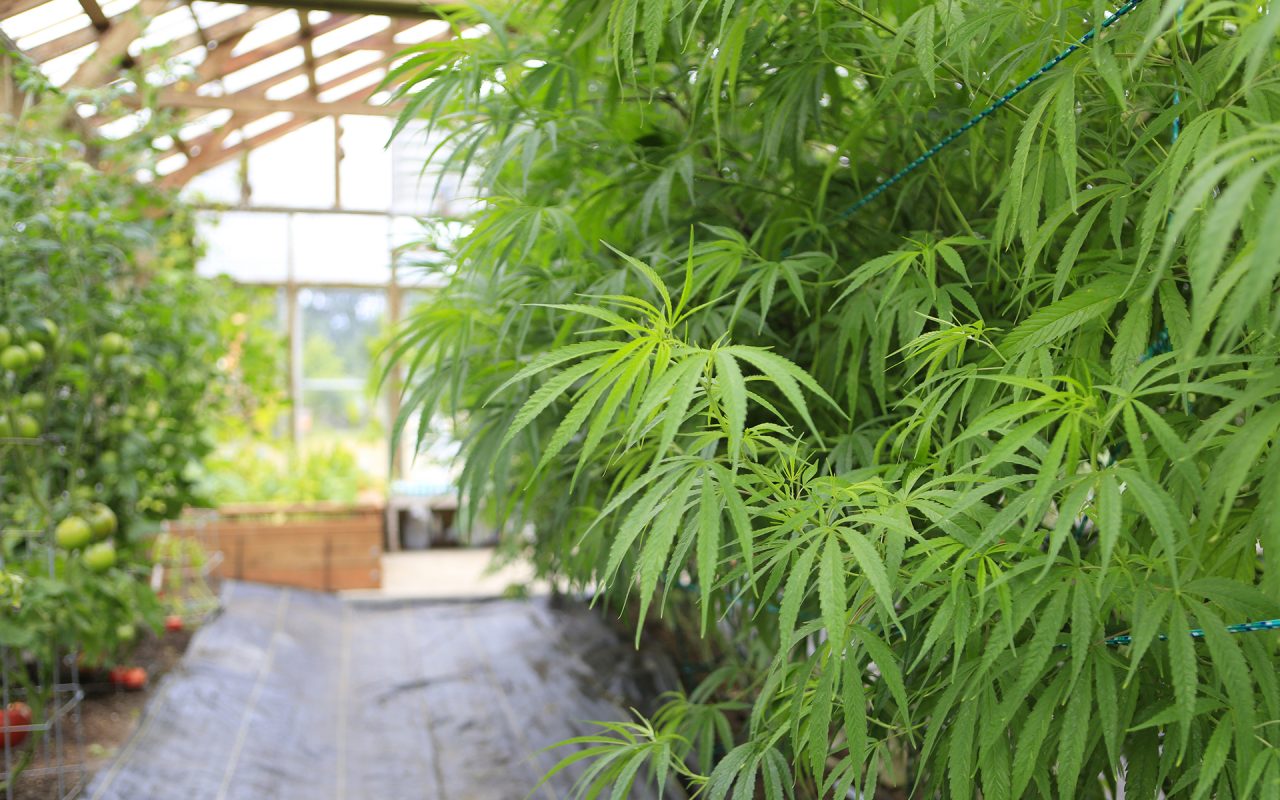 It’s no secret that the cannabis industry has an energy problem. A 2011 study by Dr. Evan Mills, a senior energy scientist at UC Berkeley, estimated that cannabis production consumed 1 percent of the nation’s total energy — and that was before recreational legalization and the resulting explosion of cannabis cultivation. Total production at the time produced about the same amount of greenhouse gas as 3 million cars. Yikes.

Though there were negative environmental consequences associated with outdoor growing, Mills’ report found that the bulk of the blame lay with indoor cultivation. “Current indoor cannabis production and distribution practices result in prodigious energy use, costs, and unchecked greenhouse gas pollution,” he wrote.

This delicious salad is the perfect mix of sweet and savory with just a little kick!  It’s hearty, healthy and can be served as a main course, as a side to any meal, or as a party snack with tortilla chips. Remember, those delicious peaches add much more than a little bit of sweet to this this salad. Peaches have been shown to contain antioxidants known as polyphenols that may prevent certain cancers—and you can increase your intake of these beneficial compounds even more by choosing organic peaches!

Strain of the Week: Headband

Meet Headband, the love-child of cannabis’ power couple, OG Kush and Sour Diesel. The smooth, creamy smoke is accented by flavors of lemons and diesel while the long-lasting effects are great for pain relief, helping you to relax, and to combat elevated stress levels. Many report that the effects create a slight pressure around the crown…

This Yogi Is Discussing Mental Health In The Most Stunning Way

It’s easy to get lost in the beauty of Heidi Williams’ yoga-inspired Instagram account― but the images are also spreading an important message about mental health.

Williams started practicing yoga after she was diagnosed with a constellation of mental health disorders that she believes stem from an incident in 2013 in which her infant son, Silas stopped breathing and had to be revived.

“He basically died and came back to life,” Williams told The Huffington Post.

Though her son returned to perfect health, Williams had difficulty letting go of what happened. She would get triggered every time her son would whine or cry and even had multiple episodes of self-harm, she said.

Election 2016: Can Marijuana Sweep in All Nine States?

Marijuana prohibition in the United States could be dealt a major blow in November, with five states voting on legalizing the adult recreational use of cannabis.If current polling trends are any indication, voters in all five states — Arizona, California, Massachusetts, Maine and Nevada — are likely to approve their respective legalization measures. that would double the number of jurisdictions in the United States that have ended prohibition.

Voters in Alaska, Colorado, Oregon, and Washington have all approved measures to legalize, tax and regulate adult cannabis sales, while voters in the District of Columbia have passed a law that allows adults to grow and possess (but not purchase) marijuana.

But of course, none of those states can match the sheer numbers in California, the largest state in the country.

Consider this: The combined population of all areas of the United States where prohibition has already ended totals just 17.5 million. That’s not even half the population of California.

Simply put, if California’s Proposition 64 alone is approved by voters—in the unlikely event that legalization suffers a defeat in the other four states—the number of people living in a state with legal weed will more than double overnight.

YIELD
Serves 4
A range of textures—crunchy peas, tender vegetables, and silky coconut broth—makes this cool-weather main incredibly satisfying. The chickpea mixture can also be a delicious gluten-free snack: After baking, toss with a little kosher salt, ground cumin, and ground red pepper. Store in an airtight container for three days. To speed up prep, look for pre-cut cauliflower florets in your grocery store’s produce section. Even if you have to prep the cauliflower and cut your own florets, you will only add about five minutes to a 40-minute meatless main.