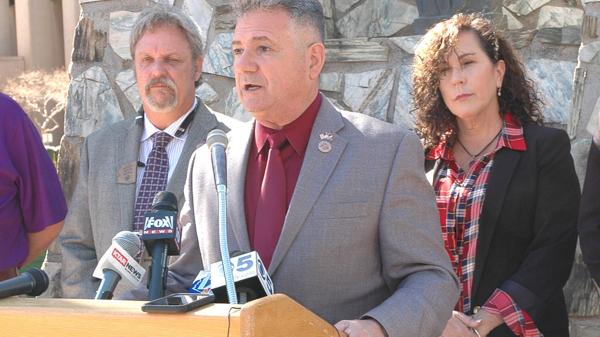 PHOENIX — Sometime next year, medical marijuana users could get a guarantee of sorts that the drugs they are buying are as good as they’ve been promised.

And they’ll know if it has mold, disease-causing bacteria or other adulterants.

With only three lawmakers in dissent, the Senate voted Thursday to require the state Department of Agriculture to test what’s being sold at the state-regulated dispensaries around the state. SB 1420 now goes to the House.

But two other measures dealing with medical marijuana met a different fate.

State Rep. Vince Leach, R-Tucson, was unable to get sufficient votes for HB 2066, which would have allowed state health officials to use some of the money collected from medical marijuana patients in fees for programs to create and publicize messages aimed at youth about the “dangers of marijuana.”

The idea angered state Rep. David Stringer, R-Prescott, who pointed out that voters made marijuana legal for medical use in 2010. He called such an education program “a back-door way to try to tell voters they made a mistake.”

And Rep. Pamela Powers Hanley, D-Tucson, objected to anything claiming there are dangers in marijuana “since it is a plant that never killed anybody.”

Leach had no better luck with HB 2064, which would have barred medical marijuana from being marketed or placed in any package “attractive to minors.” That includes the use of cartoons, images of minors, symbols or celebrities to market to minors, and any design that resembles another product available to children, like candy.

Leach said the idea is to prevent accidental poisonings, saying children have ingested marijuana by mistake, particularly when it looks like candy. If marijuana is a medicine, he said, it should be packaged and sold as such.

“When you buy an opioid, when you buy your cholesterol medicine … it’s not packaged as a gummy worm,” he said.

But Powers Hanley said she feared the language of the bill was too broad and could allow the health department too much latitude in determining what kind of packaging was acceptable.

At least some of that could end up being addressed in legislation crafted by Sen. Sonny Borrelli, R-Lake Havasu City. One provision of SB 1420 requires marijuana products be sold in childproof containers, with the patient’s name and state-issued medical marijuana identification number on the label.

The heart of Borrelli’s bill, however, is the testing that would begin July 1, 2019. The senator said he wants to be sure that people who have been given a doctor’s permission to use marijuana for specific medical reasons are ingesting only what they want and not what they do not.

What is found in testing would have to be disclosed on the label to the buyer.

But the bill also contains what he calls a “quality control” provision, as different strains of marijuana are promoted, at least in part, by the level of THC, the psychoactive ingredient. SB 1420 would require the Department of Agriculture to ensure that what people are buying is “labeled correctly.”

His legislation says if testing finds that the label doesn’t reflect the quality, or that the disclosure does not list any additives or other chemicals, the product has to be returned to the dispensary to redo the label.

Source: http://tucson.com/news/local/bill-requiring-testing-of-medical-marijuana-for-contaminants-passes-arizona/article_df800987-181e-554a-b50b-98edcff864c0.amp.html
Contact Natural Healing Care Center (click) for more information on Cannabis as medicine, or for any other questions call 520-323-0069