For Veterans With PTSD, Medical Marijuana Can Mean a Good Night’s Sleep 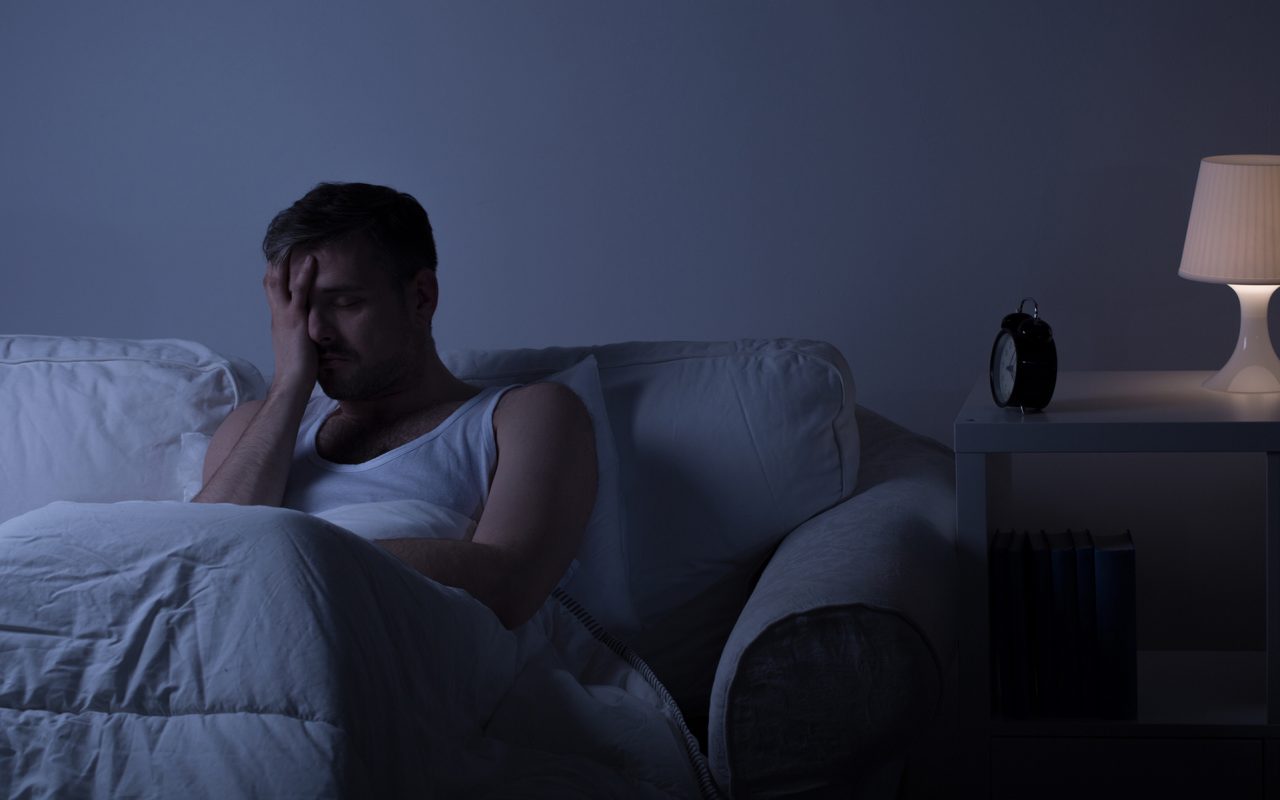 Too many American veterans face a new enemy, encountered months or many years after leaving active duty: sleeplessness.

David Bass, a US Army officer who served for 20 years, describes how insomnia can begin for soldiers.

‘In the combat zone, sleeping is extremely difficult. You’re adrenalized all the time.’

“In the combat zone,” Bass says, “sleeping is extremely difficult. You’re adrenalized all the time, under tremendous pressure all the time to accomplish the mission. So you’re operating on extreme lack of sleep. My experience in Iraq was that medical personnel gave us Ambien. I personally became addicted to Ambien so I could sleep. Some of my friends who were also officers were also using it when we were there.”

But Ambien-induced sleep is different from regular sleep. “[Ambien] has some side effects,” said Bass. (Ambien is notorious for these known side effects). “I’ve seen people sleepwalking. That’s not a good thing to do in a combat zone—doing things and having no memory of it.”

Even without those side effects, there’s still the problem of Ambien addiction once a soldier leaves the combat zone and return home. Soldiers who in the combat zone had Ambien-induced sleep – and had been readily supplied it by medical personnel there to ensure some means of getting rest — find their supply cut off, said Bass. Many turn to what’s available: unlimited quantities of alcohol. After deployment, “those of us dependent on Ambien used alcohol instead,” he said.

Even as he was dealing with his Ambien addiction, Bass recalls, he was also experiencing PTSD symptoms. “Paranoia and hypervigilance are two of the most common markers of PTSD,” he said. “I had nightmares. All these things lead to insomnia.”

According to the US Department of Veterans Affairs, “Insomnia is reported to occur in 90-100% of Vietnam-era Veterans with PTSD. Insomnia was also the most commonly reported PTSD symptom in a survey of Veterans from Afghanistan and Iraq.”

Sleep problems aren’t just a symptom of PTSD; they’re a hallmark of the disorder.

“One of the reasons [we’re] so adamantly working for medical marijuana was that we discovered it was the answer to insomnia,” Bass said, referring to himself and his veteran friends who were experiencing sleeplessness. “[We] were able to use it to have very peaceful and restful sleep. I realized I didn’t need Ambien and didn’t need to drink myself to sleep.”

Cannabis Can Require Trial and Error

Roger Martin, an Army veteran and the executive director of the advocacy organization, Grow for Vets, had experiences similar to Bass. Dealing with chronic pain and severe insomnia, Veterans Administration doctors prescribed him a cornucopia of drugs — including Ambien and opioids. After years of medicating with prescription drugs, he saw the writing on the wall. And, he knew it wouldn’t end well.

For Martin, who worked in law enforcement after he served, cannabis wasn’t a drug thought he’d ever consider. However, after doing research and at the suggestion of his doctor, he decided to give it a try. Martin’s initial foray into cannabis wasn’t exactly successful. Having never tried cannabis, he had no idea what to expect. Following advice from a budtender, he started with edibles. And, as he recounts:

Martin, who shares his story in the most recent installment of Eyes Wide Open: A Podcast About Cannabis and Insomnia, says despite his miscalculation, he was so determined to get off of prescription drugs, he tried cannabis a couple of more times before getting it right.

If you have questions about medical marijuana and how it can help with PTSD call us today 520-323-0069 or visit our website for more information about the Arizona Medical Marijuana certification program. www.naturalhealingcarecenter.com

Can Cannabis Help My Chronic Pain???
May 23, 2018
Businesswoman grows vegetables in shipping containers in Nigerian capital
February 21, 2018
Got Low Back Pain? Massage Therapy May Rub It Out
February 14, 2018

To save your kids from a lifetime of unhealthy takeout, teach them how to cook
July 14, 2016
This 5-Minute Yoga Sequence Will Boost Your Energy ASAP
July 9, 2016
Products